Kelly Johnson's original design sketches for the XP-38. Pretty obvious which one he went with.

Johnson's original patent for the P-38 (See copy of the actual patent he filed.)

Development of the P‑38

In 1937 the Army Air Corps (AAC) put out the bid to the aircraft industry to submit their ideas/designs for a new aircraft. It must be a pursuit warbird capable of interception and attack at high altitude.

NOTE: Many of the photos on this site can be viewed enlarged. Just click on the photo. If there's a large version available, it will open. Just click the "Back" arrow on your browser to return to the previous page.

The design team at Lockheed set out to create such an aircraft. Headed by Chief Design Engineer, Clarence "Kelly" Johnson, blueprints were drawn and submitted to the AAC (see drawing in left-hand column). The twin-engine, twin-boom was incredibly unique and revolutionary for its time. No one had ever seen anything even remotely resembling it. It was called "Model 22."P‑38 Allison Engine

Lockheed won the contract, and the first P‑38 was born. (In case you were wondering, the "P" stands for "Pursuit.") Called the XP‑38, it had the serial number 37‑457. The unique design left plenty of room for one of the most unique aspects of the plane -- the turbochargers (which supplied pressurized air to the two Allison V‑1710‑11/15 engines.

The firepower was equally as impressive and was comprised of one 20MM cannon and four .50 caliber machine guns.

These guns allowed incredible precision when shooting at the target because they were all lined up right in front of the pilot, permitting concentrated fire power.

The XP‑38 was the first fighter with the so-called "tricycle" landing gear, a big plus for the pilots. Other aircraft of the era had two wheels, making them squirrelly to land on many occasions.

The original XP‑38 was designed to fly at 413 MPH, about 100 MPH faster than any other aircraft of the period. The XP‑38 was so top-secret that some enemy governments were rumored to do their best to sabotage it. Some people thought the "bad guys" might be getting their wish because the XP‑38 began having problems right from the start, including brake failure and flap linkage breaking. However, determination (and a few design adjustments) won out and the maiden flight took place on January 27, 1939.

Lockheed, with the recommendation from Hap Arnold, decided (after only 5 hours of flying time) to make the announcement about their new XP‑38 warbird in a spectacular way -- they would challenge the current transcontinental speed record, held at the time by a guy by the name of Howard Hughes (7 hours, 26 minutes, 25 seconds). Here is a nice shot of YP‑38.

The XP‑38 was disassembled and moved in the dead of night to March AFB in Riverside, CA, and on February 11, 1939, Lt. Ben Kelsey took off from there headed toP‑38 Original Flight Route points East. Kelsey made a few refueling stops along the way. First in Amarillo, TX, then on to Wright Field in Dayton, OH, and finally to Mitchel Field in Long Island, NY. (Although it's now very difficult to find, to read an incredible person-to-person account of this event, pick up a copy of Warren Bodie's book "The Lockheed P‑38 Lightning (It Goes Like Hell).")

Kelsey reached NY in 7 hours, 37 seconds to set a new record. Unfortunately, he had a few "challenges" on the set down and crashed the prototype into a golf course ravine just short of the runway. The aircraft was a total write-off, but fortunately Kelsey escaped with only minor injuries. (Read newspaper articles about the crash -- and see another photo -- from the period.)

Next, we'll get into some of the particulars about the P‑38.

Don't forget to visit us on Facebook! Lots of good stuff happening there all the time!

If you are fascinated by the counter-rotating props on the Lockheed P-38, you may want to pick up a copy of this authoritative guide on the Allison engine.

John Leonard, a third-generation Allison employee has combined his vast knowledge of Allison engines with pictures, drawings and information from the Allison archives to produce this very enjoyable work. 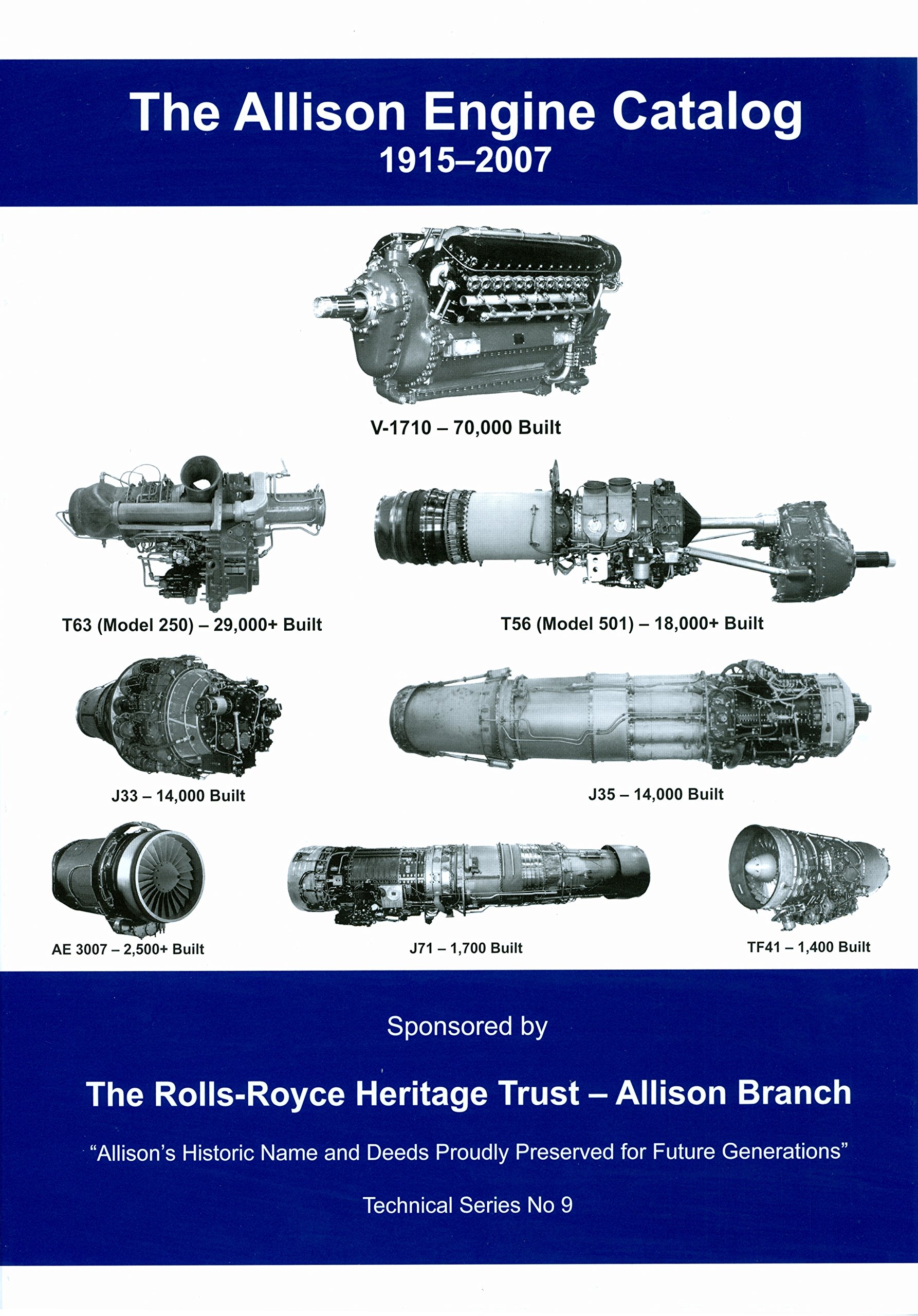