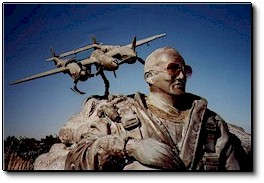 The P-38 National Association Museum is housed in the Tony LeVier Hangar, for whom it’s named and to whom it’s dedicated. For more details about the monument, click here.

Tony became fascinated with planes as a young teenager after learning of Lindbergh’s famous trans-Atlantic flight.  It is said that upon hearing about it he proclaimed to his family:  “I’m going to be a pilot!”  Rumor has it that his Mom said, “Just remember to be a good one.”  No question he took that suggestion to heart as he became one of the most famous test pilots and aviation racers that ever lived.

Tony’s aviation career began by chance and with a little luck.  While walking barefoot (they did that alot in those days) down a movie theatre isle he saw what he thought was a dollar bill.  He picked it up with his toes and continued to his seat, where he discovered it was a $10 bill.  He said the first thought that popped into his head was, “Tomorrow morning I’m going to go take my first flying lesson.”  Read more of Tony’s history below.

After testing and flying more than 200 types of aircraft, Tony LeVier is widely known to have declared the P-38 to be his favorite!  And as far as test pilots go, “Kelly” Johnson (the designer of the P-38) once said of Tony, “I like LeVier to fly my aircraft because he always brings back the answers.”

Two years after getting his license, he won the aerobatic competition and took second in a challenging cross-country event at the Junior Pilots Air Meet in Long Beach, CA. His first race victory came at the Pacific International Air Races in 1938, and the next year he placed second in the Thompson Trophy Race — America’s greatest test of flying skill at the time.

He flew more “firsts”* than any other test pilot (20 in total) and went on to clock more than 10,000 flying hours in over 24,000 flights. Among the “firsts” were the F-94 Starfire, the T-33‑1, the XF-104 Starfighter (the first USAF operational fighter to fly twice the speed of sound), the XP-80 and the top-secret, high-altitude U-2 reconnaissance prototype “spy plane.”

LeVier flew many combat missions in P-38s and tested and flew many planes, on into the jet age, and he was at the wheel of another Lockheed aircraft (the F-90) when it became the first Lockheed plane to break the sound barrier.

He was one lucky sonofagun as he survived eight crashes and one mid-air collision in his career.  LaVier kept flying and working at Lockheed until his retirement in 1974 (where he was then Director of Flying Operations).  After retiring (ha ha), he founded “Safe Action in Flight Emergency, Inc., a non-profit group which helped train civilian pilots for emergency situations.

In the early days of the P-38, LeVier received an emergency summons to get to England.  Too many pilots where crashing in P-38s in emergency situations due to lack of significant training on the new aircraft.  Apparently the counter-rotating props, and the necessity of flying with one prop feathered was an adjustment for which the pilots had been ill-prepared.  LeVier didn’t blame the pilots, but the training.  He proceeded to explain the pros and cons of the 38 and demonstrate various maneuvers, such as recovering from a dive and taking control with one engine feathered.

“Levier continued his demonstration tour and arrived at Kingscliff, home of the 20th Fighter Group. The pilots of the 20th were not overly impressed with his lecture. Levier proceeded to take up his P-38 (equipped with the new dive flaps). At 25,000 ft., Levier dove straight down, and the pilots rushed out to see what they thought would be a crash. Levier easily pulled out without any problems, and for extra emphasis, he preformed several low level one-engine rolls. The current P-38s in the ETO were not equipped with this flap, but he was attempting to showcase the new features, which would be arriving soon. The pilots were shown that they would be able to pursue a German fighter diving out of trouble. The demonstration was indeed successful.” (This story dedicated by the P-38 Online website, which is no longer online.)

LeVier was deservedly named to the National Aviation Hall of Fame, the International Aerospace Hall of Fame and the OX5 Club’s Aviation Pioneers Hall of Fame, the Smithsonian Air and Space Museum’s Lifetime Achievement in Aviation and Flight Safety Award.  He also received the James H. Doolittle Award from the Society of Experimental Test Pilots. 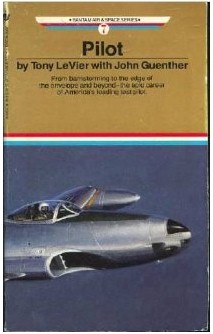 ​Written by LeVier about his experiences with the development and testing of the P‑-38.

“I read this book at 14 and was inspired enough by it to become a test pilot myself”
-James D. Lyne 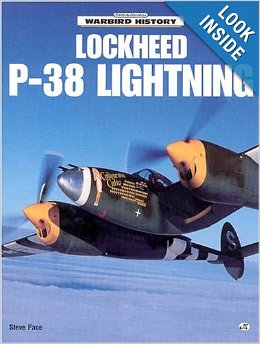 This book contains some of Tony LeVier’s data, and the forward is also written by LeVier.

Lockheed planned to name its P-38 “Atlanta,” the Germans called it the “Fork-Tailed Devil,” the Japanese dubbed it the “Plane With Two Tails,” but it was the British that gave it the name that stuck, “Lightning.” No matter what it was called, the P-38 proved to be a superior warplane. Designed by Kelly Johnson, the legendary founder of Lockheed’s Skunk Works, the P-38 and its F-4 and F-5 Photo Lightning counterparts went on to command the highest respect of any World War II combat aircraft… 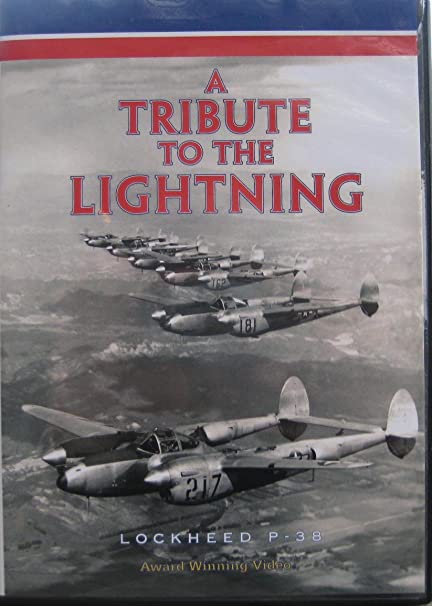 A Tribute to the Lightning DVD

This award-winning DVD is a nostalgic production features an exclusive interview with the chief Lockheed test pilot, Tony LeVier, as he recalls his first test in the P-38. Also featured are interviews with a P-38 pilot who flew in the Pacific theater, and a crew chief. This feel-good production features some great flying footage of the World War II aircraft set to patriotic music from the era. Much of the footage was supplied by author Warren Bode. A Tribute to the Lightning was shown for the first time at the 50th Anniversary of the P-38 celebration in Los Angeles. 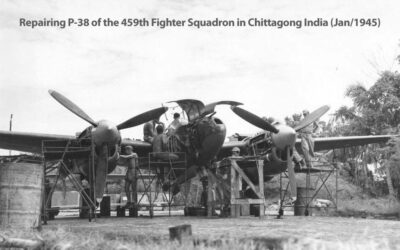 A P-38 pilot in our organization once said... "My crew kept me alive." That about says it all. Although the pilots are often given the recognition and the glory, they wouldn't be in the air without the crew keeping their Lightnings in tip-top shape for their...

These tributes have been created by Erich Anderson, and each tribute link below will take you to their individual tribute page on Erich's site, "Veteran Tributes."  This is an enormous undertaking, and Erich should be recognized and appreciated for allhis hard work.... 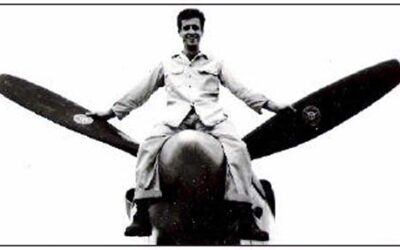 This great picture was sent to us by Edgar Wolf, Jr. What we know is that this photo was taken from original negatives by photo specialists and only recently discovered. It is thought that it was from the 59th Fighter Squadron stationed at a field about five miles...