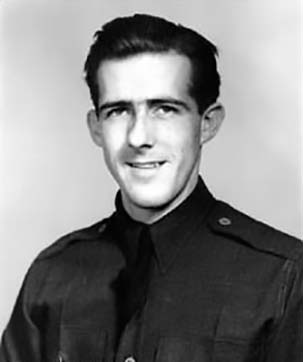 With 38 aerial victories, he was headed out on a mission which could possibly tie him with Dick Bong for the title of “Ace of Aces” — America’s highest scoring combat pilot.  Sadly, he never made it back from that mission, and Dick Bong’s title stood (and still stands to this day).

The materials below will give you a good sense about Tommy McGuire, one of America’s most skilled pilots.

As with the Bong photo, this shows just how young he was.

Tommy McGuire was born in Ridgewood, New Jersey on August 1, 1920. His parents, Thomas and Polly, divorced when he was a child, and he spent most of his youth living with his mother in Sebring, Florida. 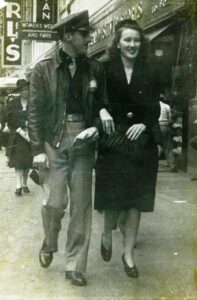 He attended Georgia Institute of Technology and enlisted as an aviation cadet when the United States entered the war. He trained at Corsicana, Texas, and at San Antonio, where he met his wife, Marilynn. She was a trim, attractive young woman, who had somehow picked up the incongruous nickname “Pudgy.”

So you can probably figure out why all of McQuire’s P-38s were named “Pudgy.”

In March 1943, McGuire was ordered to report to the 49th Fighter Group, Fifth Air Force, in the Southwest Pacific.

When Charles Lindbergh visited the 475th in the summer of 1944, he and McGuire spent time together, flying, fishing, and visiting local caves. McGuire even got so comfortable in their friendship, that one time he asked Lindbergh to get him a cup of coffee, much to the amusement of his more awestruck squadron mates. Apparently, the great man quietly fetched the brash young flier a hot cup of joe. 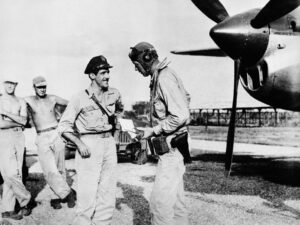 Tommy McGuire was killed on a mission on January 7, 1945.  McGuire’s crash was witnessed by Filipinos who immediately rushed to the scene and secured his body so it would not be captured. In 1949, his remains were recovered by the U.S. Army and returned to the United States. He was buried with full military honors at Arlington National Cemetery on May 17, 1950. 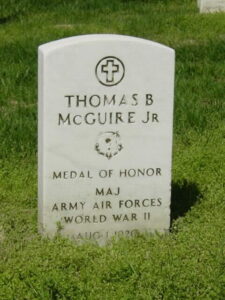 [Note: These stats are from the 475th Fighter Group website.

McGuire has been written about and memorialized in many ways. Here are a few:

Major McGuire Memorial on Negros Island, Republic of the Philippines 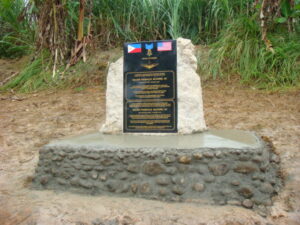 The Last Great Ace:  The Life of Major Thomas B. McGuire, Jr. 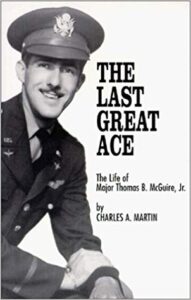 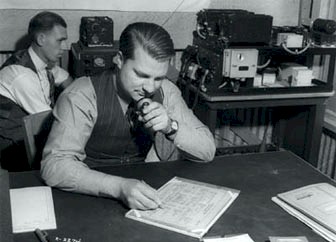 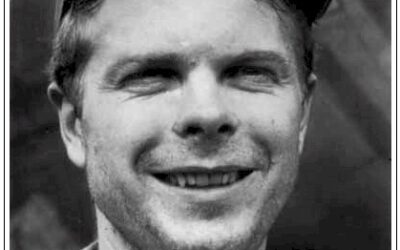 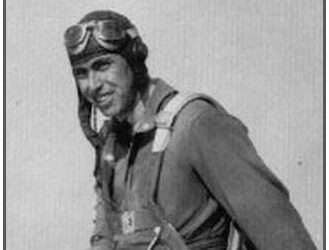